Up to 100,000 civilians still trapped in besieged Mariupol, up to 90% of the city destroyed (VIDEO)

More than 100,000 people have not yet been evacuated from the besieged city of Mariupol, Ukrainian Deputy Prime Minister Iryna Vereshchuk told national television today .

The mayor of Mariupol said earlier that he had spoken with the French ambassador to Ukraine about options for the evacuation of civilians, following a statement by French President Emmanuel Macron that he would propose to Russia a plan to help civilians flee.

“We are going to launch a humanitarian operation in conjunction with Turkey and Greece to evacuate all those who wish to leave Mariupol,” Macron told reporters following a two-day European Council summit.

Macron gave few details but said the operation would take place “the earlier the better,” and would be conducted “in coordination” with Ukrainian President Volodymyr Zelensky and the Ukrainian authorities.

The French leader also said he would discuss the Mariupol operation with Russian President Vladimir Putin “within 48 to 72 hours.”

“I hope to be able to engage a maximum of stakeholders in this operation,” Macron said.

More than 100,000 people remain stranded in Mariupol, which is under near-continuous bombardment by Russian forces.

“I have a very special thought for the residents of Mariupol who are going through one of the greatest dramas,” Macron said. “That city of more than 400,000 residents today has only 150,000 who live there in dramatic situations.”

Greek Prime Minister Kyriakos Mitsotakis confirmed on Friday that the operation was under discussion.

He added that the Mariupol, which is home to 120,000 ethnic Greeks, “is being tested by an unprecedented Russian attack which, unfortunately, makes no distinction between Ukrainian troops and civilians.”

90% of the port city is destroyed after being pulverised by air and artillery strikes, and is now surrounded by Russian forces. 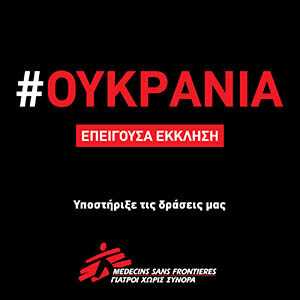